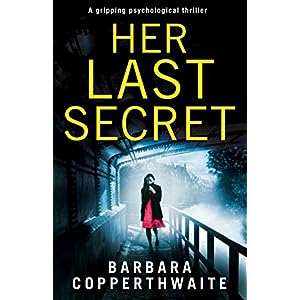 
Dominique has a charmed life. A successful husband, two daughters, a large house and nothing to worry about. So think those who see her. Behind closed doors she has had something happen in the past (which we don’t know about) and the nightmares are starting again. Her friend Fiona is the only one who knows the full story. Meanwhile her husband Benjamin is having his own problems both with work and his mistress and their eldest daughter Ruby is living a nightmare at school and making plans to put it right. We know from the prologue that something has happened and as the plot grows the perpetrator could be anyone of a number of characters all with the motive to go through with it.This is a very well written book that draws you in, with an invisible thread of a sleeping volcano  to whet the interest. The chapters after a while intersperse with the “now” just giving that little bit more to tantalise. A gripping book with short snappy chapters that keep the story alive. This is my first Barbara Copperthwaite book- and it most certainly won’t be my last. Stunning.I voluntarily chose to read this ARC and all opinions in this review are my own and completely unbiased.
at October 13, 2017