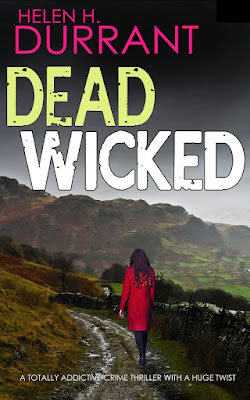 Dead Wicked by Helen Durrant -Crime
A man staggering home from a pub one night is found brutally murdered. He appears to
have no enemies and is not in any kind of trouble. A young woman goes missing and at
the supermarket where she worked as she walked out there is a child ill from drinks
having been contaminated. The link between the two is possibly her boyfriend, a known
trouble maker on the estate. Callerdine meets an old adversary and is convinced that he
has more to do with things than he is letting on although vehemently protests his
innocence. Meanwhile Ruth has her own issues at home but there is light on the horizon
and maybe a new flame? I really enjoy this series. There is always a good solid plot( as
ever with Helen’s books) and very likeable characters. Calldine feels like an old friend
and I really don’t want him to retire any time soon! This is one of a series (book 10) but
would probably stand alone- then again- why miss out on more wonderful reads?
Love this, love Calladine, love the series.
For more reviews please see my blog http://nickibookblog.blogspot.co.uk/

DEAD WICKED (Calladine & Bayliss #10) by Helen H Durrant Looking for a brilliant best-selling crime mystery with great detectives? DETECTIVES CALLADINE AND BAYLISS HUNT FOR A VICIOUS KILLER The fist victim is found on waste ground. His tongue has been cut out and stuffed down his throat. Then another body is found dumped in a lake up in the hills. The same gruesome murder method is used. And guess who the detectives’ new boss is? The incredibly difficult Stephen Greco. A TWISTED KILLER . . . AND A WICKED TWIST Meanwhile Ruth Bayliss’s personal life is falling part and someone is targeting local businesses with ransomware. The prime suspect is a criminal Calladine thought he’d seen the last of. WHO’S THE SERIAL KILLER AND WHO’S NEXT ON THE LIST? Discover an absolutely unputdownable crime thriller from a best-selling author. IN AN ENDING WITH A MASSIVE TWIST, THE DETECTIVES FIND EVERYTHING THEY BELIEVED IS WRONG. If you like Angela Marsons, Rachel Abbott, Mel Sherratt, Ruth Rendell, or Mark Billingham you will enjoy this exciting new crime fiction writer. DEAD WICKED is book ten of a new series of detective thrillers featuring D.S. Ruth Bayliss and D.I. Tom Calladine. What readers are saying about the series “I read it in one sitting.” Aileen “This books has lots of twists and turns throughout and with a cracking ending to this brilliant book.” Nessa “Really enjoyed this book.” Nerys “Kept me guessing till the end.” Anna Maria “I finished it in twenty-four hours and enjoyed every page.” Joan THE DETECTIVES Tom Calladine is a detective inspector who is devoted to his job. His personal life, however, is not so successful. Having been married and divorced before the age of twenty-one has set a pattern that he finds difficult to escape. Ruth Bayliss is in her mid-thirties, plain-speaking but loyal. She is balancing her professional life with looking after a small child. THE SETTING The fictional village of Leesdon is on the outskirts of an industrial northern English city. There is little work and a lot of crime. The bane of Calladine’s life is the Hobfield housing estate, breeding ground to all that is wrong with the area that he calls home. DISCOVER YOUR NEXT FAVOURITE MYSTERY SERIES NOW THE CALLADINE & BAYLISS MYSTERY SERIES Book 1: DEAD WRONG Book 2: DEAD SILENT Book 3: DEAD LIST Book 4: DEAD LOST Book 5: DEAD & BURIED Book 6: DEAD NASTY Book 7: DEAD JEALOUS Book 8: DEAD BAD Book 9: DEAD GUILTY Book 10: DEAD WICKED THE DCI GRECO BOOKS Book 1: DARK MURDER Book 2: DARK HOUSES Book 3: DARK TRADE Book 4: DARK ANGEL DETECTIVE RACHEL KING THRILLERS Book 1: NEXT VICTIM Book 2: TWO VICTIMS Book 3: WRONG VICTIM 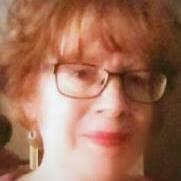 HELEN H. DURRANT
OVER 1 MILLION BOOKS SOLD!
Helen is one of the ‘baby boomer’ generation and began writing when she retired from her job at a local college. Born in Edinburgh to an English father and Scottish the family settled in a Pennine village between the counties of Lancashire and Yorkshire. It is an environment which has shaped her stories.  Writing is a second career and, despite having a bus pass, keeps her busy, and tuned in.
Helen has grown-up family and five grandchildren.
BOOKS BY HELEN H. DURRANT
CALLADINE & BAYLISS SERIES:
DEAD WRONG
DEAD SILENT
DEAD LIST
DEAD LOST
DEAD & BURIED
DEAD NASTY
DEAD JEALOUS
DEAD BAD
DEAD GUILTY
DI GRECO SERIES:
DARK MURDER
DARK HOUSES
DARK TRADE
DARK ANGEL
DI MATHEW BRINDLE SERIES:
HIS THIRD VICTIM
THE OTHER VICTIM
DCI RACHEL KING SERIES:
NEXT VICTIM
TWO VICTIMS
WRONG VICTIM 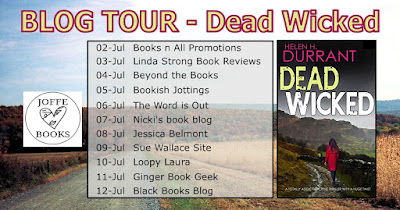