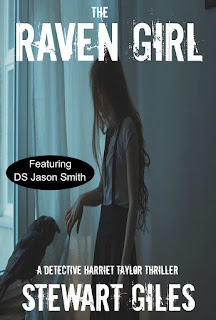 The Raven Girl- Stewart Giles - Crime
A body has been found on the beach in a yoga position. The man had been at the local pub
the night before and was trying to chat up some local girls known to be “hippyish” - as
described by someone having lived through the 1960’s! When two more victims are found
shortly afterwards there is clearly something going on in Trotterdown. Detective Harriet
Taylor had  lost her sidekick DS Jason Smith to pastures new many years ago, however
she remembers his lessons about motive and nothing appears to link the three victims
other than the pub. Harriet well remembers the former occupant of the old beekeepers
house- she once almost lost her life there. It is now occupied by her granddaughter
Caroline who bears more than a passing resemblance to Alice, now dead, and who
was sectioned shortly afterwards. Jason then gets a call, one he never would have
expected to say that Harriet is dead and that whilst investigating she had said she
really wanted him around. I love this series. A brilliant plot that keeps the grey matter
active (but nothing to keep you awake) and characters that have that “something”
about them- a little humour, a little background and come across really well- the
skill of a good author. A wonderful read, a cracking book.
For more reviews please see my blog http://nickibookblog.blogspot.co.uk/

THE RAVEN GIRL by Stewart Giles

The lives of the people in the charming Cornish village of Trotterdown are about to be shattered.

When the body of a man is discovered on a beach near Trotterdown, detective Harriet Taylor gets to work. It soon becomes clear that this was no ordinary murder - the man was placed in a yoga position and his pockets were filled with seashells.

As more bodies pile up, suspicion falls on the residents of the old Beekeeper's house. Who are these New-Age youngsters and is their 'peace and love' philosophy merely a front to cover up something sinister?

Harriet and her team are stumped. Everywhere they turn seems to lead nowhere, and they soon believe these gruesome murders will remain unsolved forever.

Then Detective Sergeant Jason Smith receives a phone call that will change his life forever. Harriet's DI calls and gives him some terrible news.
'Harriet Taylor is dead.'

Smith must now make a choice. Harriet's DI has asked for his help in the investigation that resulted in her grisly death, but does Smith really want to get involved in something that really does not concern him?

Against his better judgement and ignoring his wife's pleas, Smith heads off to Trotterdown to see if he can find out what it was that Harriet failed to see, but when he eventually does uncover what it was Harriet discovered that culminated in her death, his own life is put at risk. Could this be the case that finishes off Smith for good? 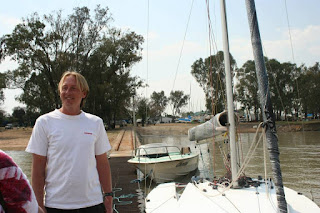 After reading English at 3 Universities and graduating from none of them, I set off travelling around the world with my wife, Ann, finally settling in South Africa, where we still live.
In 2014 Ann dropped a rather large speaker on my head and I came up with the idea for a detective series. DS Jason Smith was born. Smith, the first in the series was finished a few months later.
3 years and 8 DS Smith books later, Joffe Books wondered if I would be interested in working with them. As a self-published author, I agreed. However, we decided on a new series - the DC Harriet Taylor: Cornwall series.
The Beekeeper was published and soon hit the number one spot in Australia. The second in the series, The Perfect Murder did just as well.
I continued to self-publish the Smith series and Unworthy hit the shelves in 2018 with amazing results.  I therefore made the decision to self-publish The Backpacker which is book 3 in the Detective Harriet Taylor series which was published in July 2018.
After The Backpacker I had an idea for a totally new start to a series – a collaboration between the Smith and Harriet thrillers and The Enigma was born. It brings together the broody, enigmatic Jason Smith and the more level-headed Harriet Taylor.
Miranda is something totally different. A stand-alone psychological thriller, it is a real departure from anything else I’ve written before. This was followed by the sequel Mistress in 2019.  Medusa is coming soon
The Detective Jason Smith series continues to grow and there are now 13 books including the introduction: Phobia. Book 12: Deadeye was published in February 2020.
Website: www.stewartgiles.com
Twitter: @stewartgiles
Facebook: https://www.facebook.com/stewart.giles.33 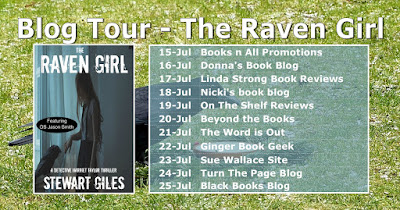