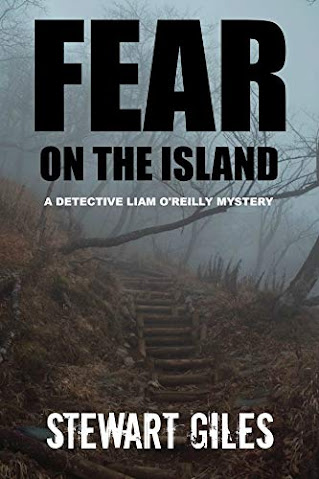 so they can spend some relaxing time together. His luck being what it is, a

barman saying “ not everything is as it seems”. They are witnesses but

there are lots of witnesses and he says the very same thing. Who on earth

is doing this and why? The team finds the bike and the leathers but it

brings them no nearer as to who and why. A small island means that news

again, not helped by the local press taking a pop at Liam and really not

helping the case along. Liam makes friends with a woman- something

different- could there be romance in the air?

I love these books. There is a passion amongst the pages along with

read. I devour each and every one and only put it down when life

(or sleep) gets in the way. Plots that are very well crafted and you

crime books I read!) which I really enjoy- and then go-”oh yes

A highly recommended series- but be warned- when you start

you may not want to stop!

Fear on the Island: A compelling mystery with a dark twist. (Detective Liam O'Reilly book 3) From bestselling author: Stewart Giles comes book 3 in the brilliant Detective Liam O’Reilly series. It's mid-summer on the island of Guernsey and Detective Liam O'Reilly is winding down for the day. He's enjoying a quiet drink with his daughter when a man in bike leathers walks inside the pub. O'Reilly doesn't even register him until he hears the gunshot. The man has taken out a gun and shot the barman twice in the face. O'Reilly takes hold of his daughter and throws her to the floor. "Not everything is as it seems." Says the gunman as he leaves the people inside the pub with something to think about before he calmly walks out of the pub. Then another man is shot dead in broad daylight. A figure in leathers tells the witnesses the same thing: "Not everything is as it seems." O'Reilly and his team have no idea what is going on. Even the experienced Irish detective really doesn't have a clue what this is all about. When the gunman takes a third victim the people on the island start to panic. Fear is rife and confidence in the police is at an all-time low. O'Reilly knows it's only a matter of time before this madman strikes again, but he's running out of ideas. With his team working around the clock and running on empty, he knows time is running out before the most confusing killer he's ever come across strikes again. What readers are saying about Fear on the Island The DI Liam O’Reilly series just keeps getting better and better! Fear on The Island is fast-paced and gripping, drawing you in from the start with an interesting plot and likeable characters that are continuing to develop. If you enjoy detective crime thrillers this is a great read set in Guernsey. Can’t wait for the the next one! – Kirsty Wow what a fantastic read, Liam is starting to grow on me as a very clever copper, it's the best so far in this series so let's bring on more of O'Reilly the hero of Guernsey. – Booklover Bev Each new Detective Liam O’Reilly book just gets better and better. Fear on the Island is fast paced as our DI is faced with a clever killer seen by everyone but identifiable by no one. In between the investigation details we get glimpses into life on the island of Guernsey and our DI’s restricted personal life. A quick, satisfying read.- Alison Expertly crafted, gripping and unpredictable. - Carol Another brilliant read from Stewart Giles - Sue BOOKS BY STEWART GILES DS JASON SMITH SERIES Book 0.5 - Phobia Book 1 - Smith Book 2 - Boomerang Book 3 - Ladybird Book 4 - Occam’s Razor Book 5 - Harlequin Book 6 - Selene Book 7 - Horsemen Book 8 - Unworthy Book 9 – Venom Book 10 – Severed Book 11 – Demons Book 12 - Deadeye Book 13 - Motive Book 14 - Australia DI O’REILLY MYSTERIES Book 1 - Blood on the Island Book 2 - Lies on the Island Book 3 - Fear on the Island Book 4 - Malice on the Island (coming soon) DC HARRIET TAYLOR SERIES Book 1-The Beekeeper Book 2-The Perfect Murder Book 3-The Backpacker Trotterdown a box set of DC Harriet Taylor books 1-3 DS JASON SMITH &DC HARRIET TAYLOR SERIES Book 1 - The Enigma Book 2 – Dropzone Book 3 – The Raven Girl Trilogy: The DS Smith & Harriet Taylor box set THE MIRANDA TRILOGY (psychological thrillers) Miranda Mistress Medusa STANDALONE HORROR The Divide 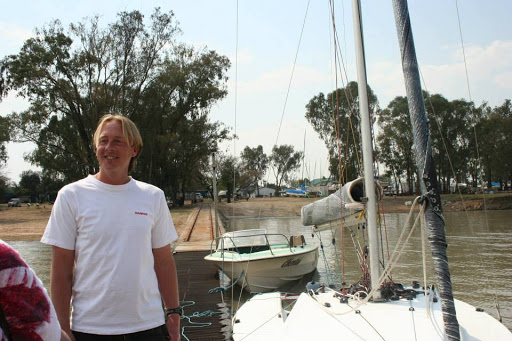 Stewart Giles – Author Bio After reading English at 3 Universities and graduating from none of them, I set off travelling around the world with my wife, Ann, finally settling in South Africa, where we still live. In 2014 Ann dropped a rather large speaker on my head and I came up with the idea for a detective series. DS Jason Smith was born. Smith, the first in the series was finished a few months later. 3 years and 8 DS Smith books later, Joffe Books wondered if I would be interested in working with them. As a self-published author, I agreed. However, we decided on a new series - the DC Harriet Taylor: Cornwall series. The Beekeeper was published and soon hit the number one spot in Australia. The second in the series, The Perfect Murder did just as well. I continued to self-publish the Smith series and Unworthy hit the shelves in 2018 with amazing results. I therefore made the decision to self-publish The Backpacker which is book 3 in the Detective Harriet Taylor series which was published in July 2018. After The Backpacker I had an idea for a totally new start to a series – a collaboration between the Smith and Harriet thrillers and The Enigma was born. It brought together the broody, enigmatic Jason Smith and the more level-headed Harriet Taylor. The Miranda trilogy is something totally different. A psychological thriller trilogy. It is a real departure from anything else I’ve written before. The Detective Jason Smith series continues to grow and there are now 14 books including the introduction: Phobia. In addition I have an new series featuring an Irish detective who relocated to Guernsey. The first 3 books in the Detective Liam O’Reilly series are now available with book 4: Malice on the Island scheduled for publication at the end of April. Website: www.stewartgiles.com Twitter: @stewartgiles Facebook: https://www.facebook.com/stewart.giles.33 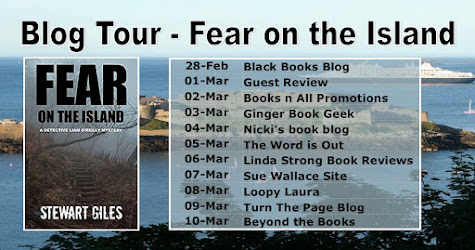