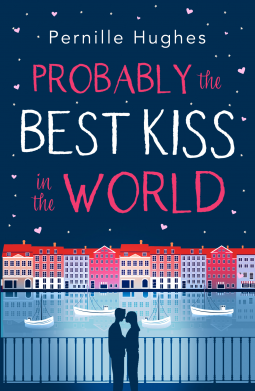 Probably the Best Kiss in the World by Pernille Hughes-Romcom (but so much more!)
Jen is in business with her long time friend. They market and sell incontinence pads.
Jen has been seeing Robert, her bosses brother for six years and they have an arrangement
that they see each other Wednesdays and Sundays as this fits in with their busy lives. When
Robert proposes it is the last thing that Jen expected. When her business partner suggests
they move things up a notch with a new product she is left wondering what on earth
happened. Her real love in life is brewing, something she has a passion for and she sells
at farmers markets and such like.(if you are from the UK you will recognise that the title
is a play on a certain beer advert). Her sister Lydia is an inspiration. She lost her leg in the
accident that killed their parents and Jen does all she can to support Lydia although
sometimes it is the other way around. I learnt so much about beer and that there
is such a thing as knitted/crocheted tampons- who knew such a thing existed? !
This is a well researched book and one that left me with a huge smile.
Sometimes we all need that tonic to lift the spirits and this for me was perfect.


Probably the Best Kiss in the World Jen Attison likes her life Just So. But being fished out of a canal in Copenhagen by her knickers is
definitely NOT on her to do list. From cinnamon swirls to a spontaneous night of laughter and
fireworks, Jen’s city break with the girls takes a turn for the unexpected because of her gorgeous,
mystery rescuer. Back home, Jen faces a choice. A surprise proposal from her boyfriend, ‘boring’ Robert has
offered Jen the safety net she always thought she wanted. But with the memories of her
Danish adventure proving hard to forget, maybe it’s time for Jen to stop listening to her
head and start following her heart… Purchase Link http://www.hyperurl.co/probablythebesteb Author Bio – Pernille Hughes is a RomCom author and mum, whose debut novel was
SWEATPANTS AT TIFFANIE'S, soon to be followed by PROBABLY THE BEST KISS IN THE
WORLD (April 2019). Previously her writing has been printed in The Sunday Times and
the fabulous SUNLOUNGER summer anthologies. Find out about her new books at
www.pernillehughes.com 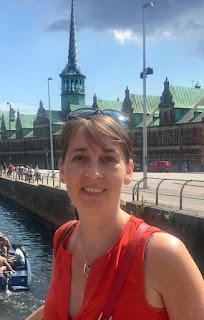 Pernille (pronounced Pernilla) studied Film & Literature at uni and took her first job
in advertising, having been lured by the temptation of freebies, but left when Status
Quo tickets was as good as it got. After a brief spell marketing Natural History films,
she switched to working in Children's television which for a time meant living in actual
Teletubbyland, sharing a photocopier with Laa-Laa. Now, she lives in actual Buckinghamshire, sharing a photocopier with her husband
and their four spawn. While the kids are at school she scoffs cake and writes RomCom
stories in order to maintain a shred of sanity.
Social Media Links – www.pernillehughes.com Twitter https://twitter.com/pernillehughes Facebook www.facebook.com/pernillehughesauthor Instagram www.instagram.com/pernillehughes Bookbub www.bookbub.com/profile/pernille-hughes Pinterest www.pinterest.com/pernillehughes