Six Steps To Happiness by Suzie Tullett
Ronnie is out for revenge. Her husband of twenty five years ( to the day) walked out on
her to go and live with the next door neighbour Gaye.  Ronnie wants them to move and
has been taking revenge by arranging for various deliveries. Her daughter Willow and
mother -in -law Bea are trying to make her see sense. When they see someone get
over a divorce in six weeks, Ronnie thinks that isn’t realistic and would rather make
herself feel better the way she already is doing so Willow and Bea come up with the
six steps. Ronnie however has other ideas with operation poltergeist.  I took to this
straight away. Ronnie is likeable despite being rather eccentric in her grief and her
antics are wonderful. How you can be feeling really down and then without realising
it found you have magically turned that corner in life and are now looking
straight ahead. A book with a message and also one with lots of smiles.
Loved it.
For more reviews please see my blog http://nickibookblog.blogspot.co.uk/

When Ronnie’s husband, Nick, leaves her for their next-door neighbour, Gaye, Ronnie’s life starts to fall apart.
Devastated by the break-up of her marriage, Ronnie is desperate for Nick and Gaye to set up home elsewhere. But Nick and Gaye won’t budge.
To add to her problems, Ronnie’s daughter and mother-in-law decide to stage an intervention. With her family keeping a close eye on her, Ronnie is forced to become more devious in her actions to get rid of Nick and Gaye.
But just how far will she go?
And is moving on ever that easy?
Six Steps to Happiness is a hilarious look at just how far one woman will go to recover from a broken heart and find happiness again. 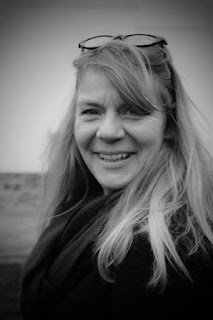 
Suzie Tullett is an author or contemporary humorous fiction and romantic comedy. She has a Masters Degree in Television & Radio Scriptwriting and worked as a scriptwriter before becoming a full-time novelist. Her motto is ‘live, laugh, love’ and when she’s not busy creating her own literary masterpieces, she usually has her head in someone else’s.
Suzie lives in a tiny hamlet in the middle of the French countryside, along with her husband and two Greek rescue dogs.
Facebook: https://www.facebook.com/SuzieTullettAuthor
Twitter: https://twitter.com/SuzieTullett
Goodreads Author Page: https://www.goodreads.com/author/show/5022688.Suzie_Tullett?from_search=true
Blog: https://suzietullett.com/blog/
Website: https://suzietullett.com/ 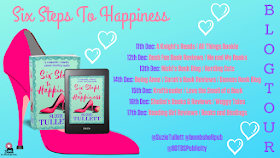