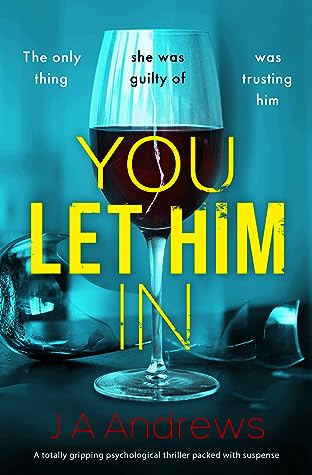 You Let Him In by JA Andrews -psychological thriller

The only thing she was guilty of was trusting him"

Michael is keeping things from his wife. He is working hard but it isn't enough for the
lifestyle he wants. soon he will tell her everything but not yet. First he has to secure
this deal which will make life easier and be the start to putting things right. Micheal
goes to his meeting and there is a hit and run and he is killed. His wife Jenny is
obviously devastated and focuses on their young son Daniel. She can't stop thinking
that his wedding ring is missing and when some friends mention Michael being seen
handing over some cash to some less than salubrious characters, Jenny begins to
wonder how much she really knew about her husband. Her in-laws are rather more
than helpful and despite having her own mother she calls her mother in law “mum”.
She quickly finds a credit card bill for over £5000 that previously she knew nothing
about. What has Michael been up to and why? I very quickly got into this and whilst
Jenny was rather naive in the marriage I did feel for her finding out such things when
she was grieving. A clever and well thought out read with a couple of suspicious
not- so -nice characters which came across very well. A thoroughly enjoyable read.
For more reviews please see my blog http://nickibookblog.blogspot.co.uk/

The only thing she was guilty of was trusting him
All Jenny Clifton ever wanted was to be the ideal wife and mother. When she married Michael in a fairytale wedding, followed by the birth of baby Daniel, her life was complete.
Yet just three years later, the shine has faded. Now, money is tight, and the occasional argument has become daily screaming matches between Jenny and Michael.
Something needs to change… and it does, when Michael is killed in a brutal hit and run, breathing his last with a stranger holding
his hand.
Lonely and distraught, Jenny strikes up an unlikely friendship with the witness to the accident, clinging to the connection with the man who watched Michael die.
But as she uncovers the secrets that her husband was keeping, Jenny realises that her perfect life may have been a perfect lie - and worse, that her new friend may be harbouring dangerous secrets of his own…
A gripping, twisty psychological thriller packed with suspense and a jaw-dropping
ending. Fans of T.M. Logan, C.L. Taylor and K.L. Slater won’t be able to put this one down. 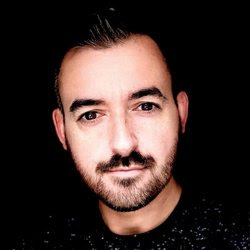 JA Andrews is an author of dark psychological thrillers with books published by Hera, having given up gaming journalism to write novels. When he’s not thinking about sinister plot lines, he often enjoys kickboxing, traveling abroad to sunny climates and reality television shows. Can also be found on Twitter @JasonA1980 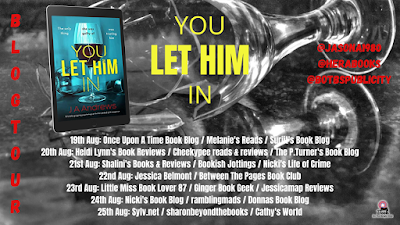