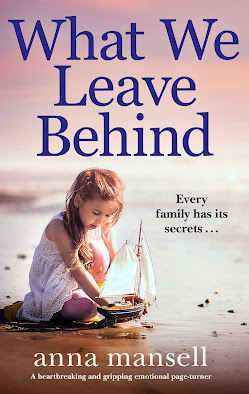 What We leave Behind- Anna Mansell- womens literary fiction

Lisa lives with her five year old daughter Poppy. Poppy’s father Billy hasn't been on the
scene since Lisa was pregnant but has now been spotted back in town by Lisa’s best
friend Holly. Lisa has always been good friends with Holly’s brother Paul and before he
and Holly set off on a holiday he tells Lisa how he really feels about her. Lisa is blown
away but does have special feelings for Paul herself. Her father has always been very
protective of her as she lost her mother when she was small. He was and still is very
controlling, something Lisa is determined that she isn't going to be with Poppy and that
her father can no longer control her even though he tries. She has started a new job-
one her father tried to put paid to- and wants to forge an independent life for herself
and her daughter. One day a parcel arrives on the doorstep- a beautiful handmade
journal with no note as to whom it is from. Then another anonymous gift arrives.
Could it be Paul? He is giving no clues about it and Billy, well it's not really his style.
Whoever it is knows her well and when a photo from her childhood arrives it narrows
the field down to the 3 men in her life- Billy, Paul or her father. Then there is an
accident and a revelation, I won’t spoil anything. OMG. I liked this book before
half way but then wowzers, I couldn't get enough of it. One I wanted to know
what happened but I didn't want it to end. A stunning read, one to reflect on
life and those around you and on not taking things for granted.
One to remember. 5* all the way.
For more reviews please see my blog
http://nickibookblog.blogspot.co.uk/


or follow me on Twitter@nickisbookblog
Book Description:
Imagine you get home one day… and waiting for you on your doorstep is a gift.It is wrapped beautifully, and inside is a notebook, its pages empty.
There is no message.But its sender has a story to tell.About a secret. About the little girl you once were. About everything you know about
your family.The gifts keep arriving. But when tragedy strikes – leaving your beloved
only daughter fighting for her life – the person who has been sending the gifts will
have no choice but to come forward. And to finally tell the truth…
A heartbreakingly beautiful novel about motherhood, loss and family
secrets, for fans of Kerry Fisher, Susan Lewis and Jodi Picoult. 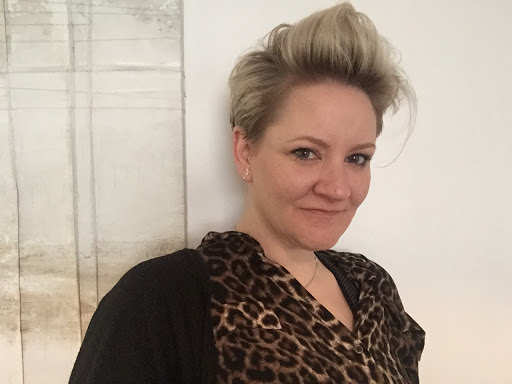 Author Bio:
Anna spent almost twenty years trying to shoehorn writing in to her career as a marketing manager for
dance and theatre companies. Eventually, she did what you are not remotely supposed to do and walked
away from an excellent job in order to try and become a published author. Three years, lots of tears and
some slightly hairy bank balances later, she met Kirsty Greenwood and the rest, as they say, is history.
Anna lives in Cornwall with her husband and two kids. She feels very fortunate!
https://twitter.com/AnnaMansell
https://feelthefearandwriteitanyway.wordpress.com/
Buy Links:
Amazon: https://bit.ly/2FVgb0n
Apple: https://apple.co/2DcnKhR
Kobo: https://bit.ly/3f779Jy
Google: https://bit.ly/2CXn3sR 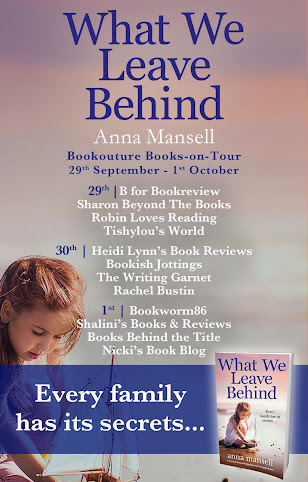