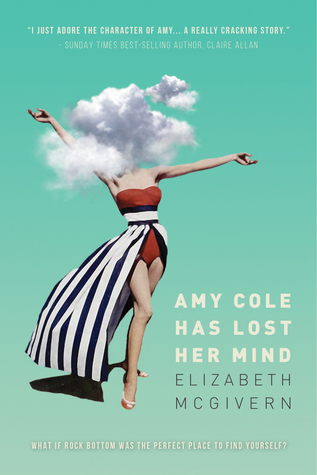 Amy Cole Has Lost Her Mind- Elizabeth McGivern 5*
Amy is a mother of two boys Arthur and Adam and wife to Ben. She feels at times that she
has three children to deal with as Ben is seen as the “fun”parent whilst she is left to deal
with the rest- the bad stuff, the mess and the “proper” parenting in her own way.
Amy is also a realist as refuses to wrap her children in cotton wool. When she goes to
the S.M.U.G nursery group (don’t ask!!) she is horrified when she is almost thrown out
but she does meet a like minded friend. I don’t usually read parent/children centric books
but because Amy is so grounded I found myself smiling and even laughing at this one.
Someone who deals with what life throws at us in their own way- not always as others
think we should. We are all human -something that can be forgotten by others when we
are trudging through stressful times. For parents and non parents. This book was a breath
of fresh air. A real feelgood, laugh out loud read.
For more reviews please see my blog http://nickibookblog.blogspot.co.uk/ 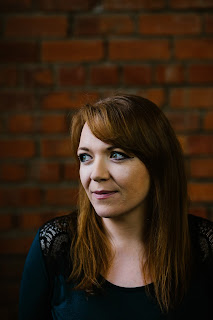 Amy Cole has lost her mind  Amy Cole is a stay-at-home mum and a woman on the edge. After a very public breakdown and failed suicide attempt, Amy finds herself trying to
make it through her everyday life as a high-functioning zombie.Elle De Bruyn is a
force of nature ready to shake Amy back to life whether she likes it or not. After a fortuitous meeting, the two embark on a journey together which will change
them both and help them find out exactly what they’re capable of when rock bottom
is just the beginning. Purchase from Amazon UK - https://www.amazon.co.uk/dp/B07B4FW7TZ/ref=la_
B07B4HV9B6_1_1?s=books&ie=UTF8&qid=1519837964&sr=1-1 Purchase from Amazon.com - https://www.amazon.com/dp/B07B4FW7TZ/ref=la
_B07B4HV9B6_1_1?s=books&ie=UTF8&qid=1519837964&sr=1-1 About Elizabeth McGivern ​ Elizabeth McGivern is a former journalist turned hostage-in-her-own-home surrounded
by three men and a horrible dog named Dougal.  In an effort to keep her sanity she decided to write a parenting blog after the birth of her
first son so she can pinpoint the exact moment she failed as a mother.  In an unexpected turn of events, the blog helped her to find a voice and connect with
parents in similar situations; namely those who were struggling with mental health
issues and parenting. It was because of this encouragement – and wanting to avoid her
children as much as possible – her debut novel, Amy Cole has lost her mind, was born.  Elizabeth lives in Northern Ireland although wishes she could relocate to Iceland on a
daily basis. To witness her regular failings as a parent you can find her on:  www.mayhemandbeyond.com  Facebook - https://www.facebook.com/mayhemandbeyond Twitter - https://twitter.com/MayhemBeyond Instagram - https://www.instagram.com/mayhemandbeyond/ Picture credited to Jess Lowe 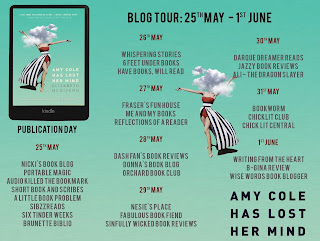