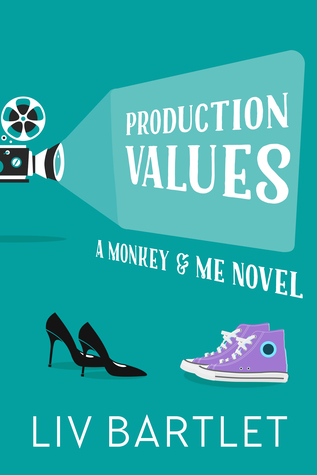 Bea and Kat run a production company making TV shows. They are friends, mostly,
but have different ideas which can be a good thing- or not. One is a realist, the other
wanting perfection. They have signed up a big name much to Kat’s angst to try and
bring in the ratings in “21 things”. Things don’t always go to plan and of course there
is everything from flirting to battles and more behind the scenes, the chaos and la-la
land that is Hollywood. I think you would enjoy this if you are into am-dram or film perhaps.
For me it lacked a little something in that I couldn’t really see where it was going other
than towards a new show or trying to get an award. Maybe that was it. That said it is well
written and there are depths of character that I am sure book clubs would find engaging.
A story of two strong characters each in their own way.

Mornings like this I can understand the appeal of killer high heels. How they click with command down the sidewalk: Get out of my way, I’m in charge and I’ve got the footwear to prove it.”

At the age of 28, Kat Porter has become the it-girl of British TV Production. Gut, gumption,
and
artistry have carried her through a dozen impossible scenarios to arrive at her first run as
Executive Producer, and now all three muses point to Ian Graham’s star power as the key to
Los Angeles and golden statues.

But disaster looms as Ian twists Kat into a chameleon fit for success. Ian’s young daughter is
thrown into the spotlight and Kat must face the consequences of her never ending quest for
acclaim.

Production Values takes a biting but fun look at Hollywood—from the way we interpret female
ambition to the influence of the paparazzi on how TV shows and stars fail or succeed. 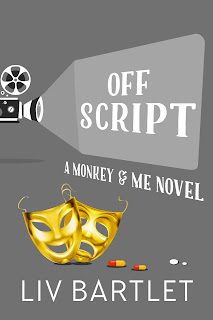 Author Bio –
Liv Bartlet is the pseudonym for writing partners Becca McCulloch and Sarah McKnight, who have been building worlds and telling stories together for more than a decade. They’ve logged hours of behind-the-scenes movie and TV footage and challenged each other in a friendly Oscar guessing game every year this millennium. Lifelong Anglophiles, their Monkey & Me world sprang to vivid life on a trip to London that included divine pastries, sublime art, and a spectacular pratfall in the British Museum.

Becca is a professor, a scientist, and a secret romantic who insisted their first order of business in London was a meandering five-mile walk to see Big Ben. She lives with her husband, children, and an ever-expanding roster of pets in Logan, Utah.

Sarah is an Army brat, an Excel geek, and has a lot of opinions on the differences between science fiction and fantasy. She lives with her cat, Sir Jack—who is featured prominently on Liv’s Instagram —just outside Salt Lake City.

Social Media Links –
https://www.livbartlet.com/
https://twitter.com/LivBartlet
https://www.facebook.com/livbartletwrites/
https://www.instagram.com/livbartlet/
Giveaway – Win  Production Values & Off Script e-books & $25 or equivalent Amazon Gift Card (Open Internationally)
*Terms and Conditions –Worldwide entries welcome.  Please enter using the Rafflecopter box below.  The winner will be selected at random via Rafflecopter from all valid entries and will be notified by Twitter and/or email. If no response is received within 7 days then I reserve the right to select an alternative winner. Open to all entrants aged 18 or over.  Any personal data given as part of the competition entry is used for this purpose only and will not be shared with third parties, with the exception of the winners’ information. This will passed to the giveaway organiser and used only for fulfilment of the prize, after which time I will delete the data.  I am not responsible for despatch or delivery of the prize.
a Rafflecopter giveaway
OR if you don’t like html or are on WordPress
http://www.rafflecopter.com/rafl/display/33c6949484/? 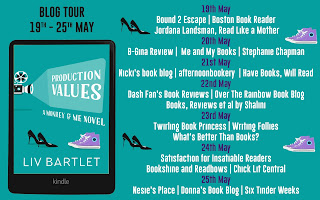